The House Of Blues LA, My Old Home, Will Soon Be Just A Memory 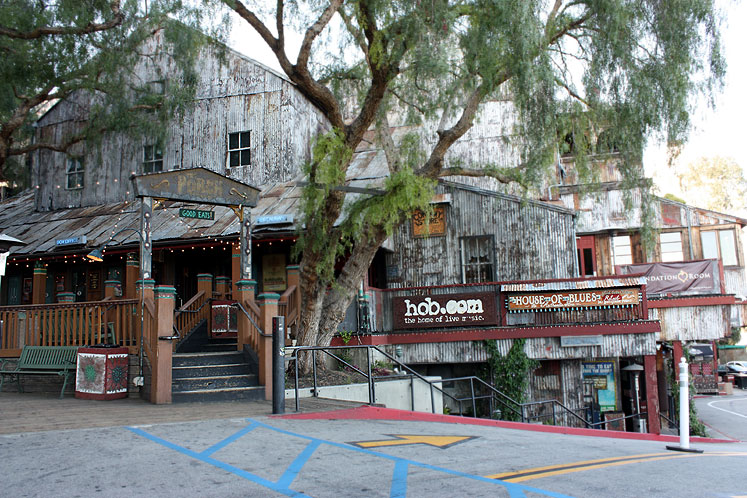 When the House Of Blues opened it’s doors in the early 90’s, I was lucky enough to be hired on to be the Musical Director of the House Of Blues Foundation. This meant I got my hands into everything. I played on the stage three days a week and my band was able to to headliners from time to time. I met, hung, partied and performed with almost anyone you can imagine and titans I never imagined I would ever share the stage with. This was in part because speaking to the artist that played was part of my job description. Later, I was given the opportunity to create and start programs in the Houses around the country.

It was hard to leave this place every night. Sometimes I got there at 10:00 am, and didn’t go home until 3:00am. The staff in every department, exes, and even the owner, were awesome to be around. This was the most fun place to be on the planet for a time. In those early days, the House Of Blues ran with a credo of “Hurt Never, Help Ever”.  The staff took that and ran with it, it meant something to all of us and the work we were doing through the Foundation proved it. HOB wasn’t just a place for bands to play and folks to eat Louisiana cuisine on the Sunset Strip. The HOB was more than that. It was an experience and for many of us, a way of life, and a second home. I tell people that in those days, HOB was a 24hour party that every wanted to be at, and could be at, as long as they abide by the code. And for the most part folks did.

Then it happened. The owner wanted to take the experience further than four already open at the time. To do this he needed help from suit and tie types that know nothing about “Hurt Never, Help Ever”. Folks with ties came from ‘California Pizza Kitchen’ and other docker slacks establishments and before you know, boom, pow, wiz, bang! Corporate take over. Over night, our savy, entertainment minded owner Isaac Tigrett, (the guy responsible for giving us the “Hard Rock Cafe” as well) lost the dream he started and invited me and so many others to be a part of.

Took them about two years to strip every piece of soul, creativity and generosity out of ever inch of the company. The heart and soul of the place began to get crushed under the mass weight of corporate dominance.  I finally got out. Luckily I was offered a gig as the Musical Director on a TV show. Soon, all the great folks that shared the party for so many years finally left the building as well. It was sold off to more suit and tie bottom line folks, and from that point on became just another corporate structure place for bands to place and a few folks to earn a pay check.

A few months ago I saw that even the credo had changed to something about “rocking all night”. Some stupid meaningless bullshit.

Now, much like all things in Los Angeles California, this landmark; this architectural rarity will not only be gone in spirit, but in body as well. The building is scheduled to be torn down to erect another high priced hotel on the strip.

Isaac Tigrett is a long time Si Baba devotee. He set out to effect peaceful inclusionary change to the world through music. Blues music, the one and only true original American art form. The vision he had infected many of us and all who went there in those early days. Again, was an experience, a way of life, our home. It was without a doubt, the best “job” I’ve ever had.

It is now forever lost, twice lost to the power of money and greed.