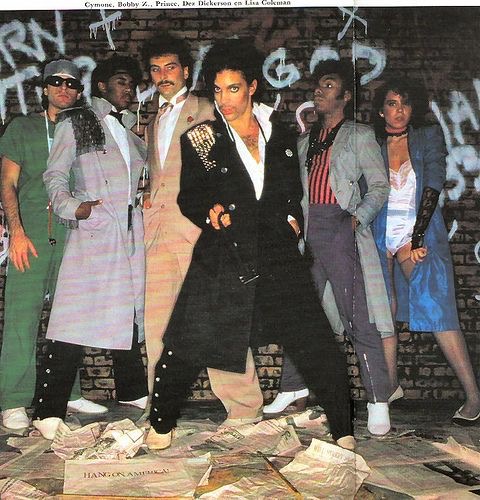 The biggest difference between Michael Jackson and Prince, is the hits. The hits make Prince and Bowie alike. Michael lived by his hits, Prince and Bowie lived by the albums they created which happened to have a hit or two on them. If you have not yet, listen to “Power Fantastic, Dirty Delores, Papa, God, 17 Days, Don’t Play Me, Free, Annie Christian, Let’s Work, Venus De’ Milo, Do You Lie, Starfish & Coffee, Dorothy Parker, Bambi, Condition Of The Heart and about 50 others. Pay close attention to the lyrics. Try to find Madhouse albums 8 & 16, and have your mind blown by the depth of his musical ability. Yes that’s him on drums. Forget the accompanying movie and listen to the guitar work on the entire Parade album, Particularly “Mountains.” Feel the cord movement on “Under The Cherry Moon.” If you only know Prince by way of “Purple Rain” & “Let’s Go Crazy” then you are seriously missing out on genius. I noticed today that every station only attributed about 7 songs to his career. They played them over and over again. It’s like discussing Bowie and only playing Hero’s, Blue Jean & Let’s Dance.

I have always been a very big Prince fan. As a kid he and the band were the coolest thing alive. As a young adult I found his musicality astonishing. I parted ways a bit in the later years only because he was no longer pushing the envelope, but was always still blown away by the live shows. I had two run ins with him and he is a permanent soundtrack to two years of my young teen life. He gave me Vanity 6, Sheila E, Wendy & Lisa and Morris Day (who came dangerously close to out cooling him) just to name a few. Me and all my boys had trench coats exactly like the one he’s wearing in the pic. We were “rude boys” a term he made famous on Controversy and 1999. Prince, without saying a word, showed me and the world that a band can consist of any racial and gender makeup. A lesson I carried with me throughout my own career. It’s hard to measure the depth of the stick that Prince created. It’s difficult to believe that stick is no longer there to try and measure up to.

How can one year be so determinately cruel on the created collected creative spirit?