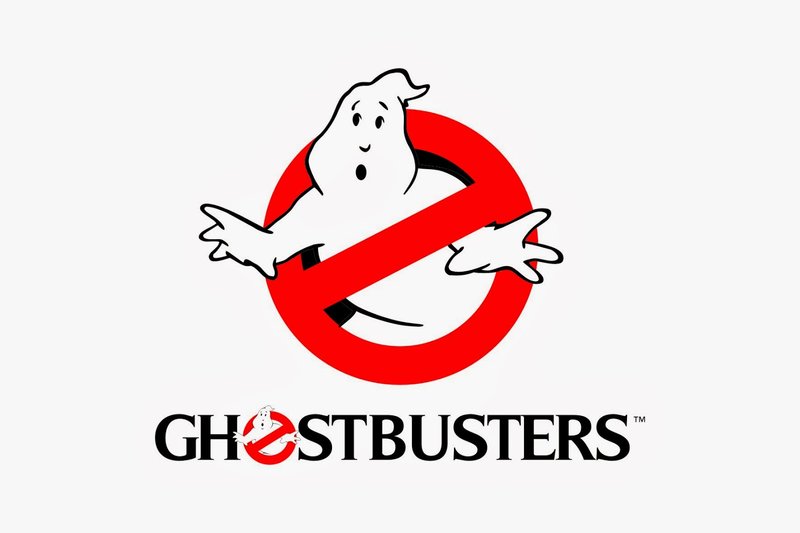 So many writers, so few chances. Home offices, Starbucks and local coffee shops around the globe are filled with writers, some good, some not-so-good; typing their creative hearts out in hopes of bringing a new tale to the silver screen. Well, pack it up people, get your coffee and go home because you haven’t got a shot. As long as there are great older films that the new suit & tie Hollywood can ‘reboot’ and make pc, fresh ideas will remain a thing of the past.

Case in point, Ghostbusters. A film in almost every list of top ten comedies of all time since it’s release date in 1984. Fantastic cast, fantastic script, fresh idea and just straight up fun no matter your age or ethnic background. Ghostbusters never, ever gets old. Nothing about it, not even the music. There are so many classic lines and scenes in this film that basically the entire hour and forty-five minutes becomes a singular classic line and scene. It’s also Bill Murray and Dan Aykroyd at their finest. They were already stars, but Ghostbusters put the world on notice that these two SNL alumni were here to stay. Ok so Bill Murray’s notice has been more received than Dan’s, but that’s only because Dan has made a few bad choices, not because he isn’t actually a funny and worthy actor.

There are a few movies that I, and let me stress “I”, believe exist in the echelon that reigns high above all others and should not be touched, ever. Much like the time stamped films of Charlie Chaplin, that showed an infant viewing audience a way to experience humor in a way never before seen, the 20th century has produced a few films that have reminded a cinematically matured viewing audience that they had ‘not’ seen everything yet. I will name three in the comedy dept:

Yes, there are many more that belong on this list, and believe me, on my list that you cannot see right now, they are there. But these three are examples of greats that are about to, or have already been tarnished by the lack of creativity, hubris and the greed of modern day Hollywood. The Willy Wonka remake was pure utter hell. I won’t even name it. It didn’t just suck, it hurt the image of a great actor and a great director. It hurt them because they, nor anyone else should have ever even thought to “re-imagine” such a well-loved and amazing film. How can anyone ever, ever replace and or outshine Gene Wilder or even Peter Ostrum as Charlie Bucket? How? It cannot be done, so leave it alone. It doesn’t matter what society morphs into, certain films and even TV shows, will always retain there time stamped cinema magic.

There has been talk, and it is now confirmed, that along with another Beverly Hills cop (4) yikes, there will be a re-boot of the original. How in the hell can anyone bring new life to Eddie Murphy’s best comedic – leading performance? The performance that not only made him a star, but a superstar! This is another film chock full of classic lines and classic scenes. Another film that never, ever gets old, because it’s so damn good. And again, even the music, as dated as it is, absolutely never gets old, because it fits what’s happening on the screen. Fun!

Which brings me at long last to Ghostbusters. Like Beverly Hills Cop, they should have never done a 2. The first films stand alone.  It’s possible that if only the one were done of both, that one may have served as the stop gap to any thought of a future remake. Ruining the majesty of the first opens the door ruining it even more, hence Beverly Hills Cop 3 and now the soon to be 4. But for a time, it seems that Ivan Reitman, Dan Ackroyd and the late Harold Ramis understood this. They made magic with Ghostbusters, then gave the magic trick away with Ghostbusters 2. However, that understanding didn’t last very long. Out of nowhere, rumors began to swirl about a 3rd Ghostbusters being scripted. At first fans screamed. Then those screams gave way to rejoicing after learning Bill Murray, the one man who understood and never lost his understanding, said no. He knew that nothing but monetary gain could be the reward of going back and stepping on a work of art, again. In fact, history now tells us that he didn’t even want to do the 2nd Ghostbusters, and it shows when you watch it.

So, after a few years of back and forth, with Murray remaining firmly in the ‘no’ category, it looked as though a national tragedy had been diverted. Then, very sadly, Harold Ramis died, and with that, one half of the writing genius that brought Ghostbusters to life.  With that finely tuned written approach, also with him went Dr. Egon Spengler, arguably the funniest’ straight man’ performance since the days of William “Bud” Abbott of Abbot and Costello. Surely if there was an understanding that there could be no true Ghostbusters without Bill Murray, the discussion would now be forever closed without Harold Ramis.

It has been announced that Sony Pictures will set out to do a ‘Re-Boot’ of Ghostbusters. This re-boot at this moment looks to be headed by Paul Feig of “Bridesmaids” fame. And yes, you guessed it. Since he directed “Bridesmaids”, a successful movie with an all female cast, the new Ghostbusters will most likely be all female. This is word being put out, not mine.

Yes, I know how that last sentence makes me sound by the way it’s written. But in this, at times, overly pc world – sometimes an old adage provides the truest  answer. “If it ain’t broke, don’t fix it”.

It’s a good thing publishers don’t sit around and think, ‘hey, let’s re-write Moby Dick’! Think about the amount of classic books that would be absolutely destroyed if publishers thought they could and should re-write great literature to fit present day ideals and maybe milk a few more bucks out of it.